The NBA Offseason is days away, so close I can already taste it. And with July 1st drawing closer, the rumors don’t stop coming. The biggest names that the Celtics are linked too are without a question are Free Agents Gordon Hayward and Blake Griffin. The other name is Paul George who is on the trade market because he has already told the Pacers that he plans on opting out next offseason and leaving. So yesterday, the Offseason had a little premature ejaculation of Woj Bombs when the Houston Rockets traded for Chris Paul.

And while the whole world was freaking out about this news of the LA Clippers blowing it up and the powers in the West changing, Isaiah Thomas had another thing on his mind…

Isaiah is no stranger to being a recruiter for the Celtics. Isaiah was busy at the All-Star game 2 seasons ago and spent that time recruiting the Celtics big Offseason acquisition in Al Horford. I assume Isaiah did a similar thing this All-Star weekend, especially with Brad Stevens being their as the Eastern Conference’s coach representative.

Isaiah was not close to being done on Instagram dot com yesterday though, not even close. He then saw a post while scrolling through his timeline about teaming up Hayward, George, Horford and himself and decided to let everyone know what he thought of the idea giving it a like.

And then came the best part of Isaiah’s day. When he saw Lance Stephenson’s desperate post to Paul George begging him to stay with the Pacers. Well Isaiah enlightened Lance the same thing everyone else knows, he is long gone pal. 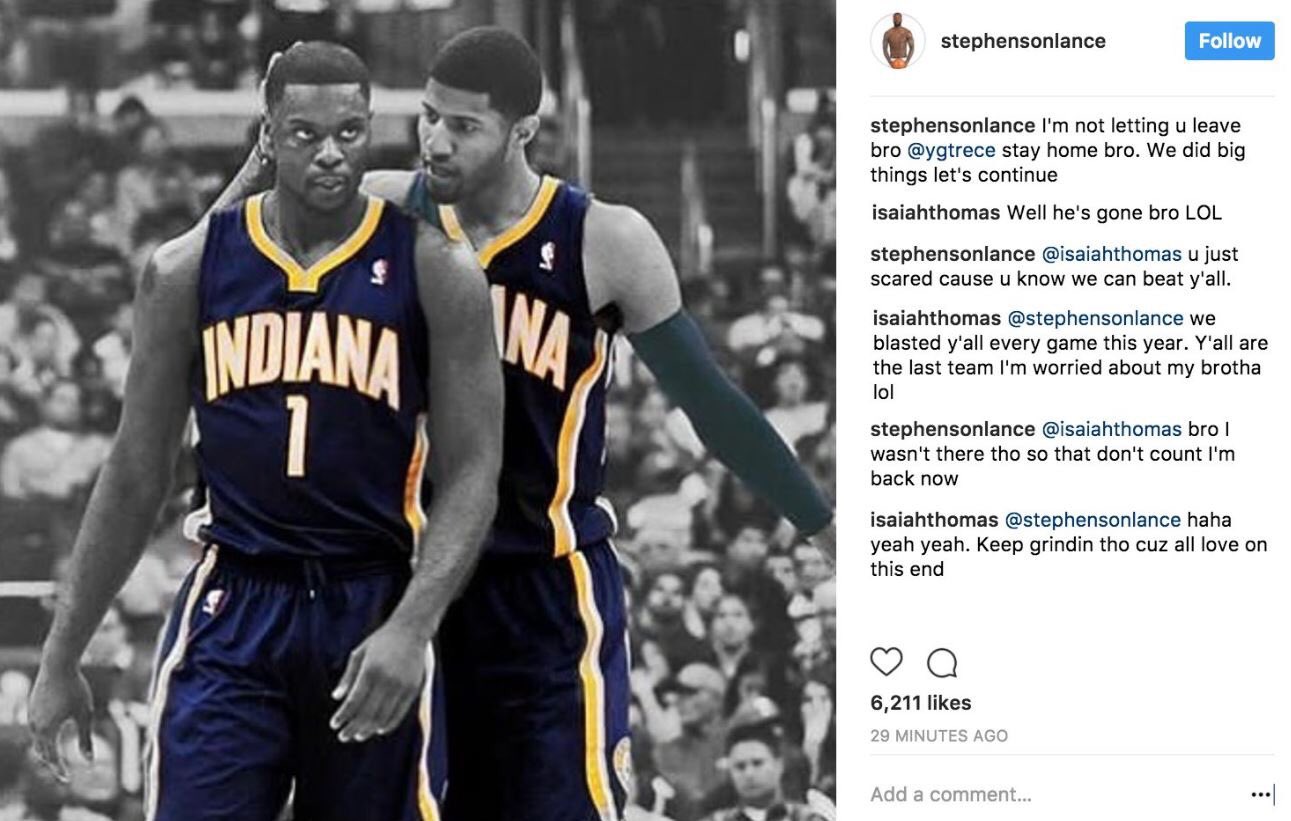 IT just SHOVED Lance in a locker and slammed the door. This is why I love Isaiah. He is the cockiest small guy in the league and has all the skill, and stats to back it up. Never change Isaiah, never change.