SOURCE–  Los Angeles Clippers coach Doc Rivers said his team has plans in place to allowPaul Pierce to retire as a member of the Boston Celtics if Pierce elects to end his playing days this summer.

During an appearance on The Vertical podcast, Rivers said he believes Pierce hasn’t made up his mind about his future.

“If Paul decides to retire, then we’re going to make sure that Boston picks him up for one day and he retires a Celtic, because that’s what he should retire as,” Rivers said during the podcast released Thursday. “So we have all that in place. We just don’t know what he’s going to do.”

Added Rivers: “I think Paul’s going back and forth on it, and I want to give him room. I think he deserves it. From a team perspective, you would love that he made his decision eight weeks ago. I think there are certain guys that you just have to give time to, and Paul’s one of them.”

Yesterday was the day of the 2008 Celtics. First we started off the day with this report about how if Pierce decides to hang it up, he will be able to retire a Celtic. I think that would be awesome and I know it is not realistic, but I wish if Paul was going to retire as a Celtic, he would play one more year with us and end his career giving it his all in the playoffs wearing green.

Later that day, I find out that NBA Network is showing the all of the Celitcs 2008 playoff games all day. Watching KG yell ‘Anything is possible’ again may or may have not made me get a little emotional…

Speaking of KG, it looks like Kev is spending his offseason doing what we expect every NBA millionaire to be doing. Watching The Price is Right duh.

Oh wait, what is that? Is that  Garnett Celtics jersey I spot? Oh my god it is!

I love KG’s reaction here. Like yeah man it is an old shirt and it is probably not all over the place, but still you are still an NBA legend. Like that can’t be the first time you have randomly seen someone wearing your merch.

After a little investigating, I have come to the conclusion that everyone wants KG to retire as a Celitc, and since he posted this video in the first place he HAS to agree with them, right?? 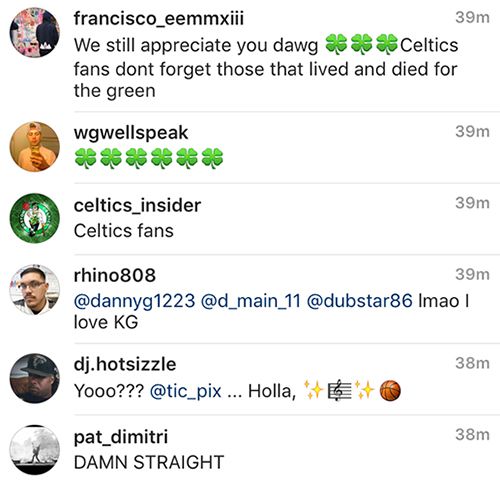 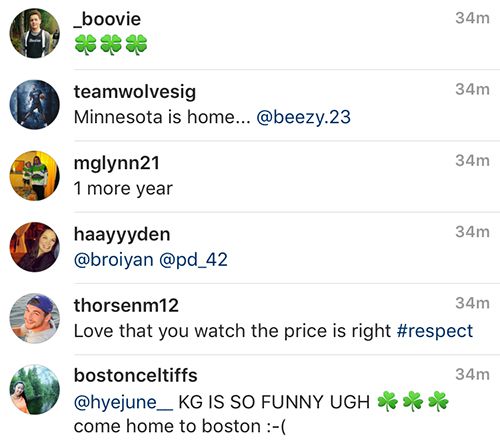 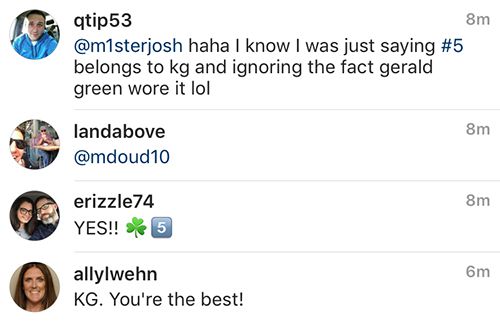 As a man who does not believe in coincidences, there is no way that all of this happened yesterday and it does not mean anything. Mark it now, KG and Pierce are going up in the rafters ending their career as Celtics.