Jimmy Garoppolo Leads The Patriots Over The Cardinals 23 – 21

What a win. Holy shit! I don’t wanna say I told you so, but…

No Tom Brady? No Rob Gronkowski? No Nate Solder? No problem. We still just beat one of the best teams in the entire league. Jimmy G looked like a 10 year vet in the pocket. Not only did he have the pose out there, but he was throwing DIMES! He was throwing it to his receivers with his quick release and hitting them only where they could catch it. How did we end up with 2 top 5 quarterbacks in the league?

I was calm, cool and collected all week heading into this game. I really thought we were going to win. When I  found out Gronk wasn’t playing, I still believed. Then I saw this tweet and my stomach dropped a little.

I mean are you kidding me? That line looks like it would have a tough time against a pass rushes in the 4th quarter of the 4th preseason game. But now you are telling me they have to block for Jimmy in his first game against Arizona’s blitzing defense?!?! I am not going to lie, this was the only time my confidence was shook. But then Jimmy goes out and shuts everyone up.

I mean are you kidding me?! First drive?? The best part about this play, Jimmy identified a weakness in the defense and called an audible at the line of scrimmage. 90% of the quarterbacks in the league have a hard time doing that. Jimmy G just did it perfectly on his first fucking drive ever as a starter.

This team was running on all cylinders. Jimmy was tearing it up, Chris Hogan made a huge play, and Edelman was literally catching everything. I mean he was catching everything and every time he was getting some hard earned yards after the catch. Just out there looking for contact. He didn’t care who was in front of him, a cornerback, a linebacker, or a ball boy…

It was happening. I was really happening. We were beating one of the best teams in the league with Jimmy G as our starting QB. And we would have won even more convincingly if we didn’t shoot ourselves in the foot with 2 fumbles that each lead to Larry Fitzgerald touchdowns. If it wasn’t for those turnovers that gave the Cards short fields, our defense would have probably had a shutout. They were playing amazing! Our Cornerbacks were shutting down Arizona’s bread and butter in their deep passing game.

The only thing Arizona was really able to do successfully was run the ball with David Johnson. On the other hand, our run game was not working what so ever. Which isn’t that surprising when you look at the offensive line blocking up front. The one highlight of the day on the ground was LeGarrette Blount’s touchdown to open up the 2nd half.

The Patriots could have sealed the game on their last drive where Jimmy started getting on a roll. We were in Arizona territory and Jimmy threw a pass to Danny Amendola in the end zone and we get a pass interference call! Put the damn ball on the 1 yard line and get this game over with!!! Ohh… wait… what is that? A fucking holding call on Marcus Cannon. Are you shitting me. Penalties offset. 3rd down Jimmy throws a great ball to Edelman on the sideline, stays in bound! Flag down. They call a phantom holding call on Martellus Bennett. We end up having to kick the field goal and hoping our defense keeps them out of field goal range. Or, just get a little lucky.

BAHAHAHAA!!!! Everything keeps coming up Patriots!!! We march into Arizona and beat a Super Bowl contender! This shit is just too easy! Another Sunday, another Patriots win. I will say this, one of the good parts about Brady being out is it at least makes the regular season a little interesting. Patriots are going 4 – 0. Book it.

P.S.-  To no surprise, the Patriots already have a stranglehold on the AFC East and are in sole possession of 1st place. 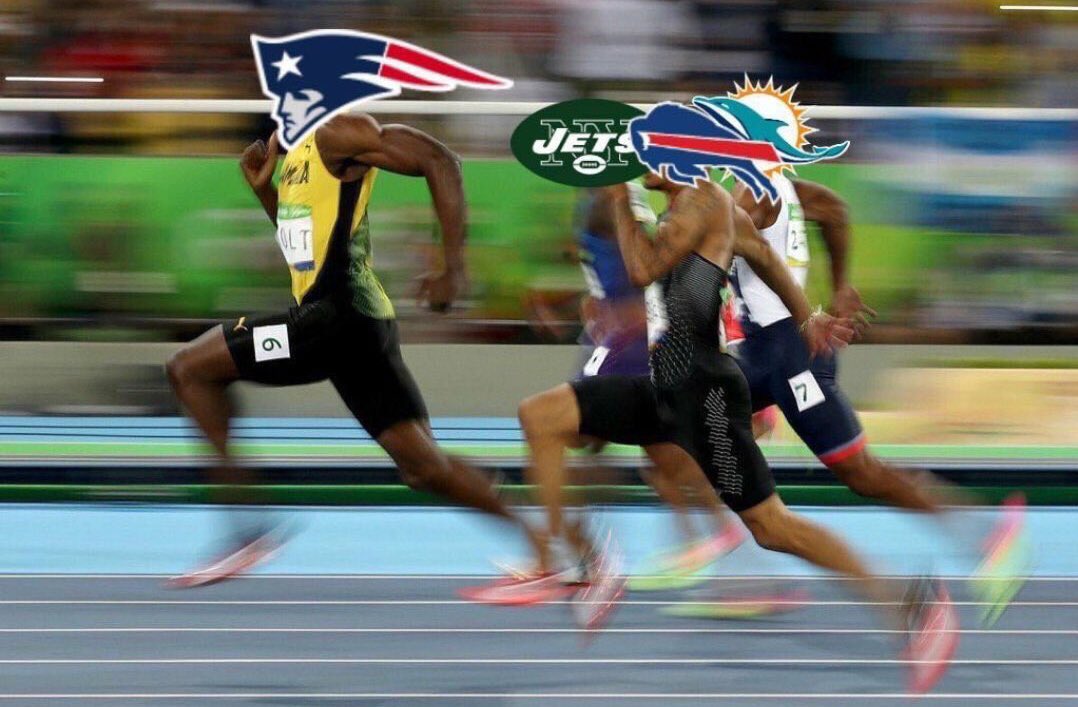