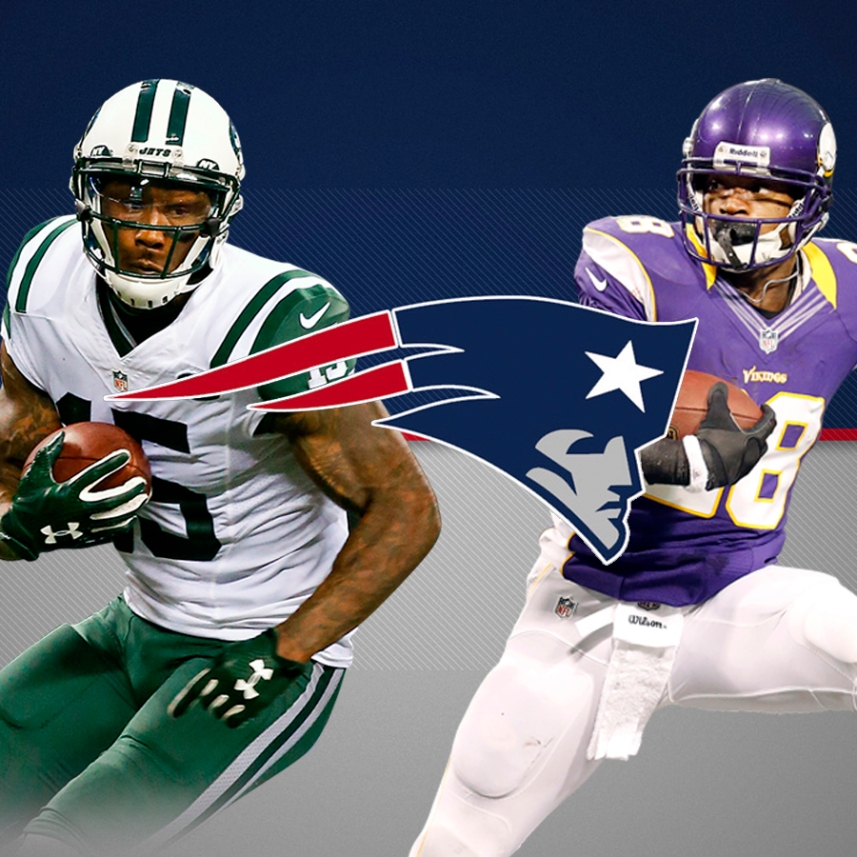 SOURCE–   A couple of interesting players hit the free agent market last week in Vikings running back Adrian Peterson, 31, whose $18 million option was not exercised, and Jets receiver Brandon Marshall, 32, who was released. Both are veterans still seeking a ring.

Naturally, that brings the Patriots into the conversation. Foxboro is a place of great championship opportunity.

Would Peterson even consider taking a Patriots-friendly contract for a go at a ring?

A source close to Peterson told the Herald that since AP has already earned a ton — more than $97 million is his career — it’s certainly something he’d consider. Peterson knows how it worked out for Darrelle Revis and Chris Long. But naturally, there will be a lot of teams in the mix, including the Vikings. And, of course, the Pats would have to want to bring in an aging back with an injury history, not to mention baggage.

Historically, the Patriots haven’t paid running backs more than $2 million a year. If the Pats were truly interested, they might come off that number, but Peterson would have to be willing to leave a lot on the table considering likely offers elsewhere.

As for Marshall, he’s outspoken, but also wants a ring. And as a 6-foot-4 red-zone threat who produced at a high level with a succession of bumbling Jets quarterbacks, he would be attractive to the Pats.

But do the Pats want him (or Michael Floyd) or will they continue to trend younger, following their success in drafting Malcolm Mitchell last year? That’s the biggest question. But it’s also conceivable that if the Patriots lose Martellus Bennett, Marshall would be an intriguing substitute to stress defenses in the red zone.

Oh boy, here we go. The Patriots news never sleeps. It doesn’t matter if it is the preseason, regular season, post season, or offseason. However, it is finally one of my favorite times of the year for the Pats, the Draft season. I will admit, I spend way too much time researching prospects, keeping up on mock drafts, and trying to find fits for the Patriots. But before the fun of the Draft can start, we have to go though Free Agency. For most teams, this is a fun time of year. Most teams go out and spend big bucks to go get the “missing piece”. Well for the Patriots, it is usually letting our players go and then diving into the value free agents and filling in the missing pieces. This year is no different, actually this year more than ever.

We have like a billion players who are up for new contracts and a lot of them are very good players who can make top dollar. So here we are, worrying about resigning our own guys like Hightower, Butler, Ryan, Branch, and Blount. I would hate for any of those guys to leave, especially with all our cap space.

But like clockwork, every year there are rumors that the Patriots are linked to a couple veterans that are willing to take a pay cut to win a championship in New England. This year, it looks like Brandon Marshall and Adrian Peterson are those guys.

Personally, I don’t see Marshall working well with the Pats. He is a great player, but not worth the trouble. He is a bad teammate and seems like he cares more about his job on TV with ‘Inside The NFL’ more than playing. He would give the Patriots something they don’t have in a big body WR on the outside, but I just don’t see the personality fitting in with this team. Also, things did not end that well with him and Josh McDaniels back in Denver…

Adrian Peterson on the other hand I do think would be a good fit, but I don’t know how much AP has left in the tank. He is 31 years old, coming back from an injury, and has only played 20 games in the last 3 seasons. Also, he does fumble wayyy to much for Belichicks liking. I think AP would be an option for that big back, but I would only consider him if he is really willing to take a big pay cut and if he checks off all the boxes physically.

This Free Agency is going to be an interesting one, because we are going to have sign or resign a lot of players with all the guys that we have up for a new contract. The Patriots have a shit ton of cap space and they are going to have to use it somewhere, right? RIGHT?!