The Celtics Traded Away The 1st Pick In The NBA Draft To The 76ers. Not Good! 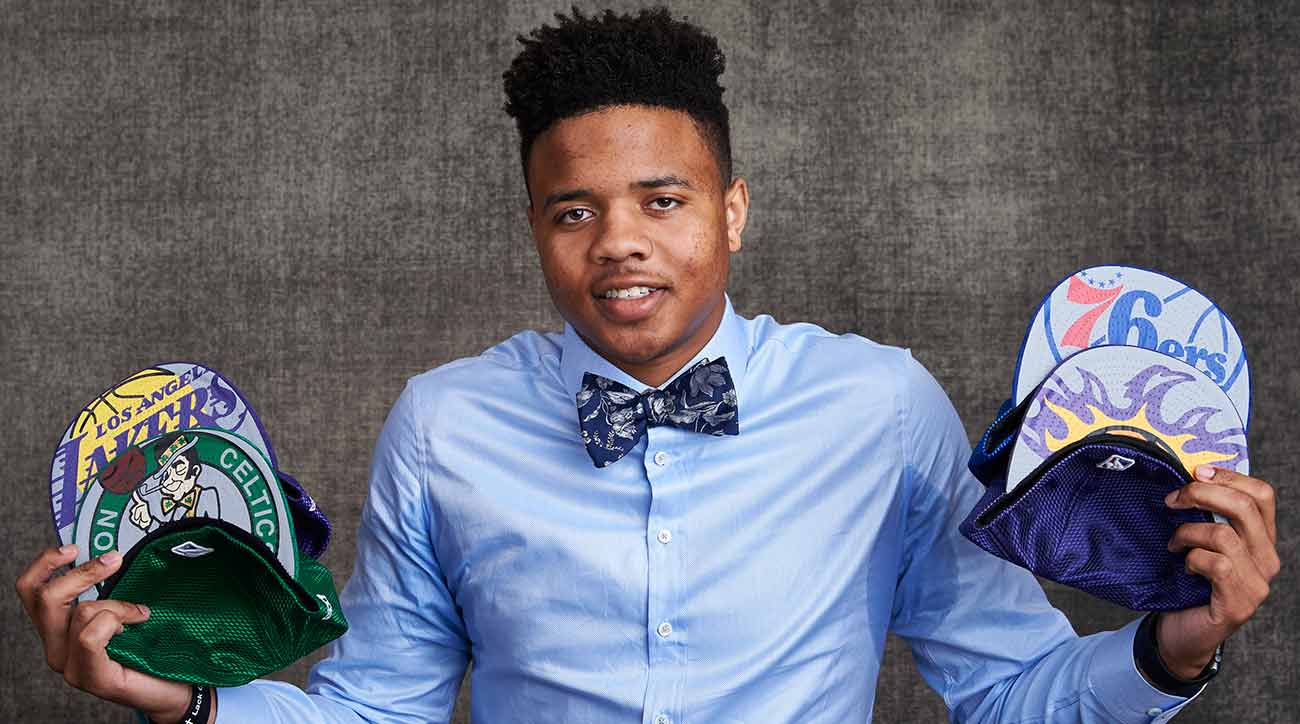 SOURCE–    CAMDEN, N.J. — The Boston Celtics and Philadelphia 76ers have agreed in principle to swap the Nos. 1 and 3 picks in Thursday’s NBA draft, and Philadelphia is expected to use the No. 1 pick on former Washington guard Markelle Fultz, sources told The Undefeated’s Marc J. Spears, confirming news that was first reported by TNT’s David Aldridge.

The Celtics will receive at least one additional first-round pick in the deal, sources told ESPN. Sources say Philadelphia, on top of its No. 3 overall pick, is sending the 2018 first-round ‎pick it owns via the Los Angeles Lakers, which the Sixers acquired from Phoenix at the 2015 trade deadline.

But if that Lakers pick doesn’t fall between No. 2 and No. 5 in the 2018 draft, sources say, Philadelphia will instead send a 2019 first-rounder to Boston that it acquired from the Sacramento Kings.

The trade is likely to be finalized on Monday, sources said.

The Celtics were lucky enough to be in the position to take a player who would be their franchise player for the next 10 years. But instead, they decided to trade that pick, Markelle Fultz, to a up and coming team in their own conference, in their own division. And for what? One extra protected pick. One.

I truly do not understand it. They moved back and now put the fate of their team into the Lakers hands. They pick before us, if the Celtics want Josh Jackson, he might not be available now at 3. Danny Ainge for whatever reason does not agree with every single draft analysts that Fultz is the top prospect.

The Celtics' overflowing backcourt also factored into their decision to pass on Fultz, sources say.

I'm told in addition to this, Boston "had serious concerns about Fultz being a winner. Too many red flags there to pick him at #1." https://t.co/JqKes2BIAZ

If this is really the reason why Danny did not want Markelle, then I am really, really worried. You should not figure fit in a decision of the 1st overall pick. Who cares if we have 4 guards. Move them. Isaiah, Avery and Marcus are all free agents next season. The Celtics are not keeping all 3. Also, how does him being on a shitty team not make him worth the pick? No one on Fultz team is even good enough to go play over seas. AND he was still able to put up the points and assist. Imagine how better he would have been if he had teammates who could actually shoot so he wasn’t double teamed every possession. No one cared that Ben Simmons didn’t make the tournament last year. Also, Anthony Davis plays on a shitty team now, he can’t win, does that mean the Celtics shouldn’t want him? OF COURSE THEY SHOULD! I know everyone thinks in basketball, a great talent should be able to win games by himself, but really that is not the case.

In my opinion, Danny fucked up. He just gave a team in his division a future top 10 player in this league and it is going to eventually cost the Celtics. We are going to have to play Fultz and we are all going to say to ourselves, “I can’t believe we passed on this kid.” This is what keeps me awake at night. That Danny has just traded the future of the Boston Celtics.

I belive that Markelle Fultz is going to be the best player in this draft. I have been saying this for awhile now. And even if Danny Ainge does not agree with me, I do not feel that he got enough for the 1st pick.

#Celtics swap picks with the @sixers and acquire a future first round draft pick.

We moved back to number 3 and got either the Lakers pick next year if it land between 2 and 5. If it is #1 or #6 or lower, we then get the worst of the 76ers or the Kings pick as long as it is not the 1st pick. If you are stupid like me and need a better understanding of this, here you go.

Here's is the BOS trade in flowchart form for easier understanding pic.twitter.com/gGEAsaPgdj

This is just not enough. My opinion is if the Celtics really wanted to trade out of the pick, they had to get a haul back. This, my friends, is not that. The 76er won this trade. Not only do we only get 1 pick, but they are protected. What are you thinking Danny?!

I hope that Danny is right and whoever we get at 3 is the same level of player that Fultz is going to be. Because if they are not, Danny is putting his career on the line. Maybe there is another shoe to fall, but if we take these future assets and then mortgage the future on a player that will not get us past Cleveland or Golden State, we are fucked.

So farewell, Markelle. I will miss you my good friend.