I Am Not Going To Lie, I Am Nervous About Tom Brady

Ok, it is official. I am nervous about Tom Brady. And I want to clarify what I mean when I say I am nervous. No part of me believes for a second that Brady isn’t playing Sunday. We are talking about Thomas Edward Patrick Brady Jr. If he has a pulse, he will play.

No, what I am nervous about is that Brady’s hand might be hurt enough that he is inaccurate throwing just enough that this Jags defense will be able to make a couple plays. Because let’s face it, it would not be the first time this season that Brady’s play has been affected by injury. He has been dealing with stuff all season. Just go back and look at that game in Miami. That is what I am nervous about. Because while Brady might be the best quarterback by a mile left in these playoffs, it doesn’t matter if he has all the answers to the test like he says he does, if he can’t be accurate with the football, it is going to be a long game.

This isn’t a pain thing, believe me, if all Tom had to do was suck up the pain, he would have no problem doing it. No, we are talking about a Quarterbacks throwing hand. And based on reports from Felger, it is stitches on his knuckle.

Felger on Brady injury:
“No fracture. No ligament. Just a cut from hitting the buckle on someone’s helmet. Four stitches around the knuckle, should not affect him.

Ian Rapoport even went farther identifying it as his thumb and that it was gushing blood.

Two tidbits from #Patriots QB Tom Brady’s thumb injury: 1. It was gushing blood when it happened. 2. He was “zinging it pretty good today,” source said.

While it is cool to see he was “zinging” the ball around today, a thumb injury is the worst finger to hurt.

So yes, I am nervous. I am nervous that Brady is not going to be able to throw the ball as accurate as he is normally able to do. And facing off against this defense, it is definitely not ideal. Let’s just hope that Brady with one armed tied behind his back is still better than Blake Bortles. This is fine. Brady is fine. 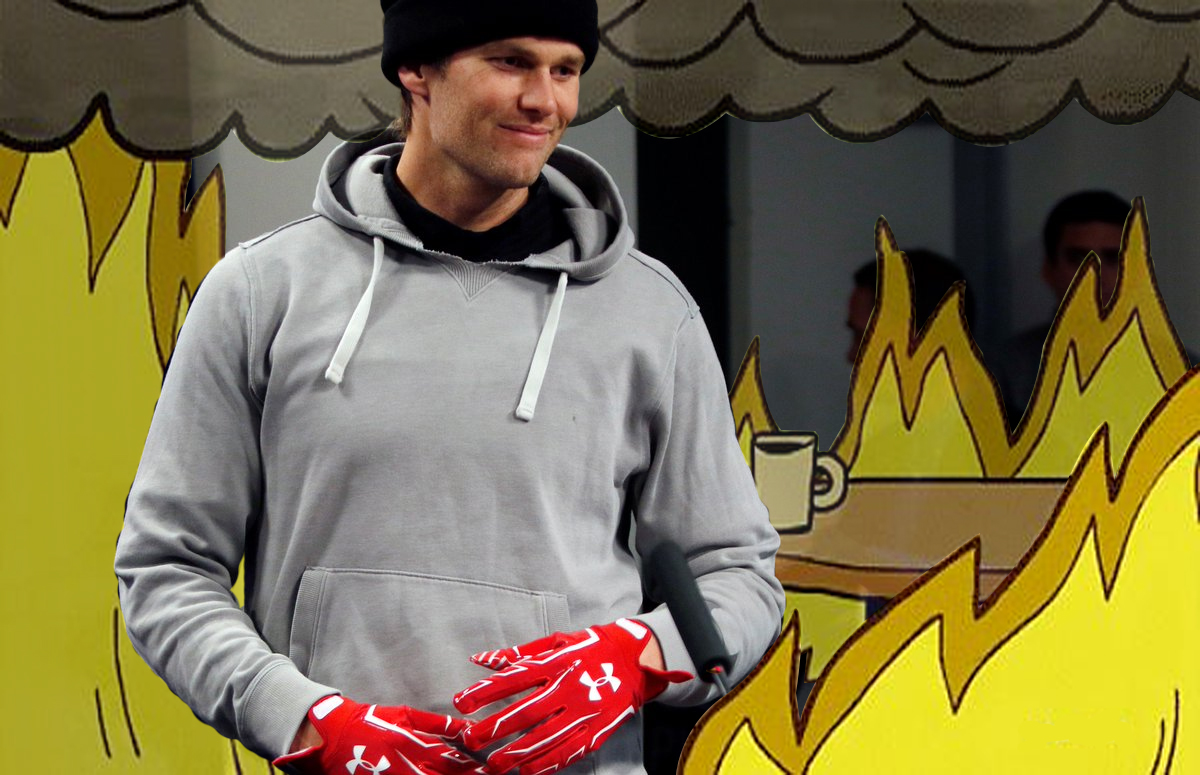