The Boston Red Sox Are Once Again World Series Champions

From beginning to end, from the first day of Spring Training to the final pitch against Manny Machado last night, this team wanted it. They wanted it so bad and everyone following along knew it. The way that this team rallied around one another and performed night in and night out showed they wanted it more than every other team in the league.

This is the most dominant baseball team in Red Sox history. They might not have come back 3-0 against the Yankees and ended an 86 year drought, but you can put this team up there with the 2004 Red Sox as an all-time great team. It was their first 100 win season since 1946, but they did not stop there as they topped that off with a franchise record 108 wins. This team was the best team in baseball throughout the regular season and with all the pressure to win in the postseason, that is exactly what they did.

I think it needs to be appreciated what Dave Dombrowski has done to set up this championship. When he came into the Red Sox organization, they were good pieces on this team and in the system, but also huge holes. He went out and did what needed to be done to fill those holes to put this team together. The Red Sox needed an ace and a closer, so what did he do? Dombrowski went out and got the best ace on the market in David Price and then traded for one of the best closers in baseball in Craig Kimbrel.

The Red Sox won the division that season but then got swept by the eventual American League Champion Cleveland Indians. After that what did Dave do? He just went out and pulled off a blockbuster trade for Chris Sale, the best pitcher in the league. He put it all on the line by trading a package including baseball’s #1 prospect, Yoan Moncada. However, even the addition of Sale could not move the needle for the 2017 Red Sox. They once again lost in the first round against the eventual World Champs, the Houston Astros.

Looking back, even though Dombrowski had made all the right moves in 2016 and 2017, it wasn’t until 2018 that he pulled off his most important moves. Even after winning 2 straight division titles, Dave knew it was time to move on from John Farrell. He let Farrell go and signed the bench coach from the newly crowned champs, Alex Cora. Even though Cora was a first-time manager, he was exactly what this team needed. Dombrowski was not finished yet. He then did something that like most of his moves, at the time was criticized. It was obvious that the Red Sox were missing the bat and the leader that David Ortiz was to this team for years. While everyone and their mothers wanted to go out and trade for Giancarlo Stanton, Dombrowski did not even make an offer for the reigning NL MVP. Instead, Dave decided to go out and sign his guy, JD Martinez.

Almost every move Dombrowski made was scoffed at. Even at this trade deadline, he decided to acquire guys like Steve Pearce and Nathan Eovaldi instead of relief pitching that everyone claimed they needed. Well, Pearce ended up winning the World Series MVP and Eovaldi was nails from his first start of the postseason to the to the end of that unbelievable performance he had in Game 3. Dombrowski did everything right to win this championship.

From the moment Price was signed, everyone knew that it was going to come down to what he did in October. His playoff struggles were well documented and even on the day he first spoke to Red Sox Nation, he joked that he was “saving all my postseason wins for the Red Sox”.

i've thought about this moment multiple times during this playoff run. at david price's introductory presser, he told boston he was "saving all my postseason wins for the red sox"

it took three seasons, and there were a lot of bumps in the road, but he lived up to his promise pic.twitter.com/q3a9VNfyDd

I can’t remember a time I have been more happy for an athlete than I am of David Price. It didn’t matter how well he pitched during the regular season. It didn’t matter when he was hurt last year in the playoffs and pitched well as a reliever. No, to shut the media and all the haters up, he needed to show why they signed him to be the ace in the first place. He went out there and showed why he is worth every single penny of that contract.

I always rooted for David Price and hoped for him to change the narrative and shut them all up. He has finally done it. And his quote last night might be one of my favorite quotes now in Boston sports history.

“I can’t tell you how good it feels to hold that trump card. You guys have had it for a long time. You’ve played that card extremely well. But you don’t have it anymore, none of you do, and that feels really good.”

YOUR BOSTON #REDSOX ARE THE 2018 WORLD SERIES CHAMPIONS! #DAMAGEDONE pic.twitter.com/ax05nkT8k7 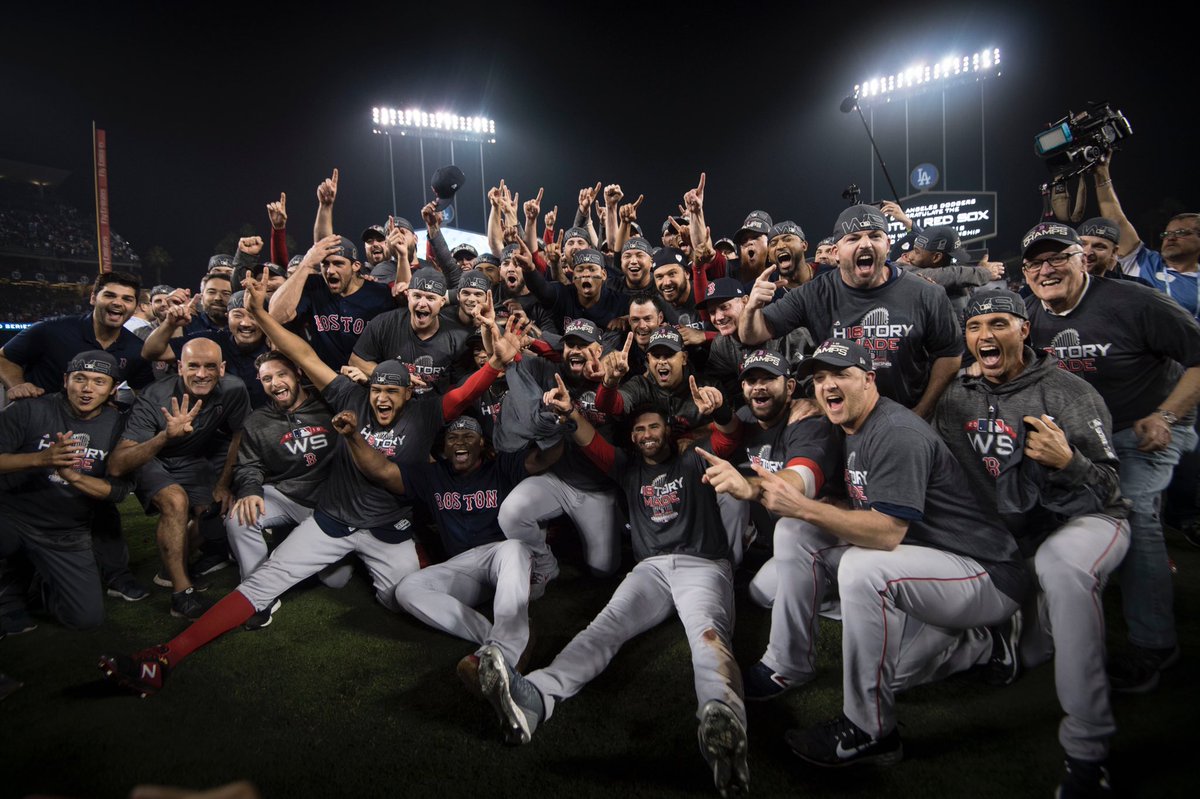